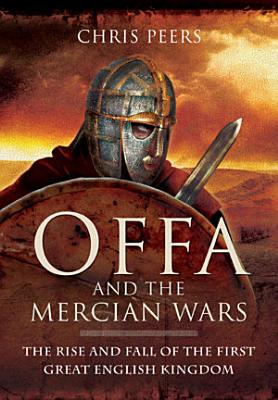 In England in the eighth century, in the midst of the so-called Dark Ages, Offa ruled Mercia, one of the strongest Anglo-Saxon kingdoms. For over 30 years he was the dominant warlord in the territory south of the Humber and the driving force behind the expansion of Mercias power. During that turbulent period he commanded Mercian armies in their struggle against the neighboring kingdoms of Northumbria and Wessex and against the Welsh tribes. Yet the true story of Offas long reign and of the rise and fall of Mercia are little known although this is one of the most intriguing episodes in this little-recorded phase of Englands past. It is Chris Peerss task in this new study to uncover the facts about Offa and the other Mercian kings and to set them in the context of English history before the coming of the Danes.

Offa and the Mercian Wars

Authors: Chris Peers
Categories: History
In England in the eighth century, in the midst of the so-called Dark Ages, Offa ruled Mercia, one of the strongest Anglo-Saxon kingdoms. For over 30 years he wa

Authors: Neil Thomas
Categories: Crafts & Hobbies
One of the biggest problems facing wargamers is finding the time to actually play. Most commercially available sets of rules require several hours to set up and

Authors: Joanna Arman
Categories: History
The story of a medieval Boudicca, Alfred the Great's daughter, and her struggle to restore her people and reclaim their land

Authors: Miro Roman
Categories: Architecture
How does coding change the way we think about architecture? This question opens up an important research perspective. In this book, Miro Roman and his AI Alice_

Authors: Chris Peers
Categories: History
This in-depth history of medieval Scottish warfare highlights the rivalries between the Norse warlords and the early Scottish kings. Between the ninth and fourt

Authors: Keith Ray
Categories: History
The massive ancient earthwork that provides the sole commemoration of an extraordinary Anglo-Saxon king and that gives its name to one of our most popular conte

Authors: Jim Storr
Categories: History
The story of an era shrouded in mystery, and the gradual changing of a nation’s cultural identity. We speak English today, because the Anglo-Saxons took over